Friend of the Family: Secrets in the Sauce

Instead of bringing you an opinion piece this month, I thought I’d do something practical and talk about a problem most parents face when it comes to their kiddos.

Yes, the age-old problem of getting your kids to eat their veggies. It’s truly one of life’s greatest mysteries and a real pain in my ass.

Or, at least, it used to be. A couple years back, I bought a cookbook detailing ways to sneak veggies into various dishes. The process of steaming and individually bagging and labeling produce seemed like a time consuming process; plus, if my family didn’t like the meal with the hidden gems, I’d be frustrated at the time, money and food wasted. Some of the recipes seemed easy enough, but my kids would smell pureed squash on chicken nuggets from a mile away.

So I decided I needed to find recipes that were quick, crowd pleasing and could easily mask the taste of the veggies. And that’s when it hit me: spaghetti sauce!

This was during the kale revolution, when the greens were the latest veggie trend du jour, so that’s where my mind went first. I went the grocery store and grabbed some organic kale and headed home. From there, I stripped it off the stalk and steamed it and watched as my greens withered down into a smooth pot of green goodness.

Once the kale had withered down (this process takes about 10-15 minutes) I placed it into a mixing bowl. I added about two cups of the water I used to steam the kale with (because a lot of the nutrients get leached out into the pot of water when you steam a vegetable, so I used the nutrient-filled water to add it back to the kale.) I used a hand blender (But a blender would work just as well) and mixed those bad boys into a green, soupy wonder.

The cookbook I purchased said to puree veggies, measure them and place in individual baggies, but this seemed very wasteful to me. Ziplock baggies can hardly ever be reused, and I hated to throw one away every time I was finished with its contents. Instead, I decided to go to the Dollar General and buy some cheap ice cube trays to use as storage.

I poured the green mixture into each ice cube mold and made room in my freezer to place them next to each other. (At this point, you can’t stack the ice cube trays on top of each other, but once they’re frozen, go ahead and stack ‘em up to save room in the freezer.) After a couple hours, I checked in on from frozen kale and voila! I had frozen blocks of greens that i could pop out whenever I needed to add them to a recipe.

I started feeling adventurous after the kale was successfully hidden in my sauce. I started pureeing black beans, squash and carrots and freezing them in ice cube trays. I began to add one cube of each veggie and one bean cube (for the added protein) to every batch of sauce I made and my family was none the wiser. Even my super-picky-meat-and-potatoes husband was amazed at how yummy it was (although he had no idea just WHY it tasted so good, hehehe.)

We eat a lot of pasta in our family (it’s a quick, easy go-to meal) so the sauce gets used quickly. It’s a good thing, too, because my kids need as many veggies as they can take.

(Hint: I also put the kale cubes in the smoothies I make for my kids and I. Recipe is as follows: one cup coconut yogurt, one cup almond milk, four Tbsp cocoa powder, three kale cubes melted down in the microwave, two bananas and whatever berries I have on hand, one scoop of protein powder and honey.)

If you’ve got an hour to spare one day, create your own kale cubes-and make sure to let me know how your family likes it!

Take the kale off the stems and place them in a double broiler to steam.

Cook the greens down. This usually takes about 15 minutes.

Put the kale and two cups of water into a mixing bowl and blend with a hand blender until very smooth and frothy. (Using a blender achieves the same effect.) Make sure the puree is very smooth.

Pour the mixture into ice cube trays and freeze. Tip: Fill to the very top of each mold, because it helps when trying to pop the suckers out. To get the cubes out, I use a butter knife to help wiggle them free.

No Comments on "Friend of the Family: Secrets in the Sauce" 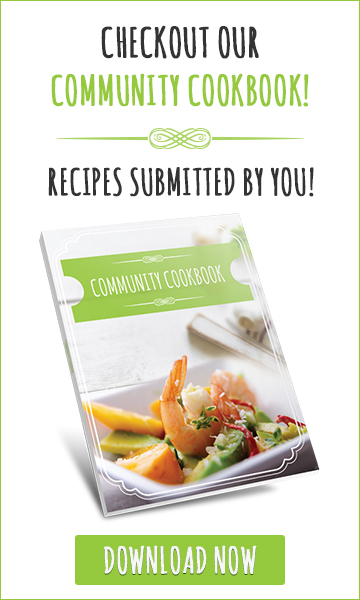 Each One Of Us: Expanding Charlotte’s Non-Discrimination Ordinances

Happy White Party Weekend!   The White Party as you may know is  one of Charlotte’s...More

Halloween may be over, but there are a number of tricks and treats up the...More